Hari Sreenivasan: Under immense pressure, health care workers are bracing themselves for an expected deluge of Coronavirus cases. NewsHour Weekend special correspondent Karla Murthy spoke with Dr. Alexis Langsfield, who works in an emergency room at a New York City hospital, about her personal experience, not on behalf of the hospital.

Alexis Langsfield: There's absolutely not enough protective gear. There's we're, they're ramping up supplies as fast as they possibly can. Even by the end of every shift, we're out of gowns or we're out of, we're out of bleach wipes. We're out of all the things that we need in order to maintain a clean and sterile workplace. A lot of the emergency room does not have doors. You know, a lot of places it's open spaces with curtains in between. And those aren't places where it's safe to have people cohorted. So we're trying as fast as possible to actually divide the E.R. into multiple sections so that we can keep non-respiratory patients safe.

Karla Murthy: What are your biggest concerns in terms of keeping yourself safe and your family safe? 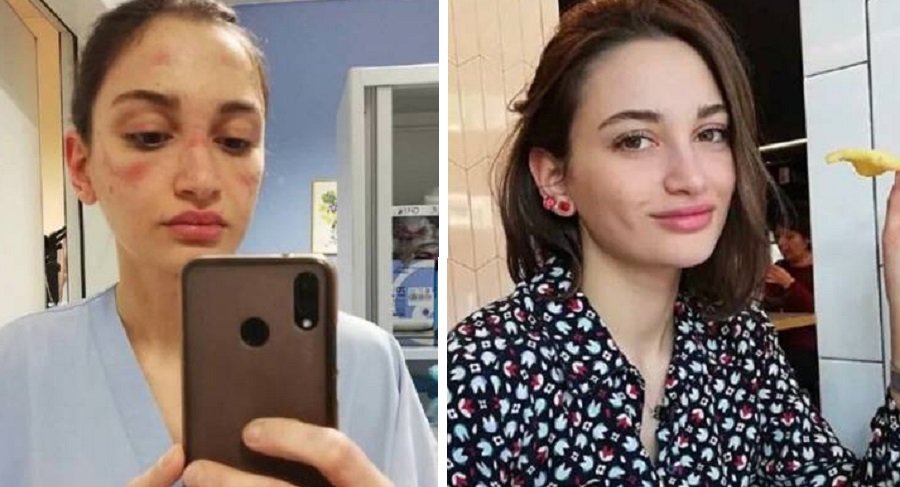 Alexis Langsfield: My biggest concerns are that now we're beginning to see that young people are getting sick, too. The scariest thing here is that initially we thought that this was a disease of older people and people with preexisting conditions. And as horrible as it sounds, I can I can handle that. But now that we're finding 30 and 40 year olds that are coming down with it just as severely, just as quickly, just as fiercely, it's much scarier to try and protect myself. I'm afraid of not coming home to my kids and my husband, and I'm afraid of them getting it and me not being with them and not being able to protect them. I'm in a situation now where I've decided that I'm going to pick up more shifts and I'm dropping my family off outside of the city and I'm going back into the city to pick up more shifts and work. When we made these decisions, it seemed like I still personally wouldn't be at much risk, but now we just don't know. So with the lack of personal protective equipment and with the worst of the disease still to come, knowing that everything is, you know, we're just at the beginning of that steep incline. It's very, it's very scary. I just don't know. I can tell them that I'm going to do the very best to protect myself and that I have to do what has to be done because people need my help. But I can't really promise them it's all going to be OK.

Karla Murthy: And when you drop them off, do you know when you're going to see them again?

Alexis Langsfield: It's not really clear. Depending on how things go, if they close off the roads, if they change things, if I'm more needed, then it's really an indefinite stay. I will stay and work as long as I'm needed and can work. So if the population of needy patients picks up enough that I am needed round the clock in the hospital, I will stay.